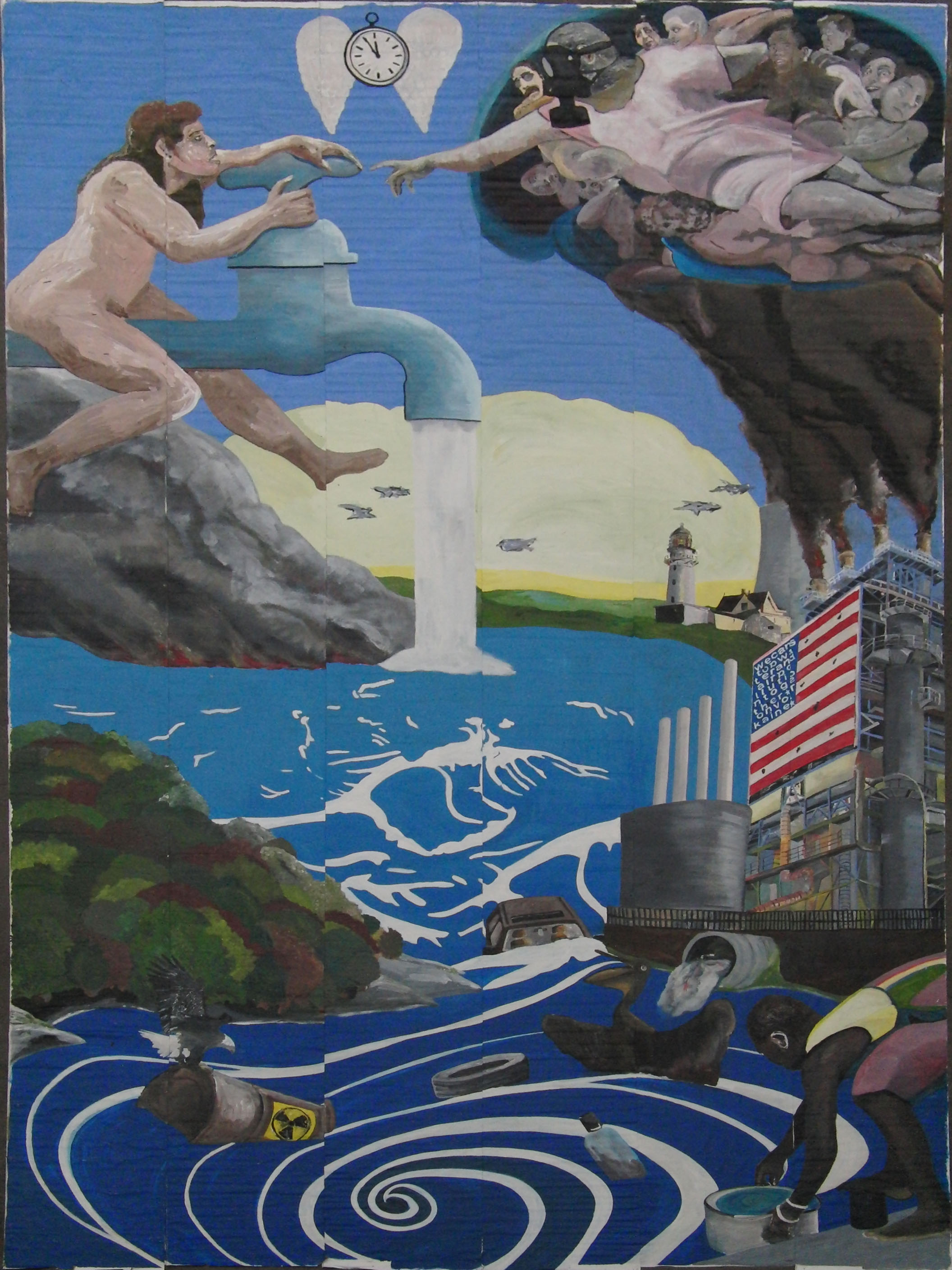 Inspired by the problems caused by the oil leaking into the Gulf of Mexico I made a painting about water and air pollution. In The Creation I also painted 8 American presidents (both republicans and democrats) supporting God (with gasmasks because of air pollution). In the painting God creates the women and she extinguished the fire in the Gulf of Mexico. The water from the tap though causes a Tsunami. With that I predicted by coincidence also the Tsunami in Japan of 2011 and the Nuclear problems caused by it.

The Creation along a building in the Bronx, NYC.

In this painting you can find clockwise (we start from the western industries):
– In de Stars of the American Flag in front of the western factories I painted a wish
– Above the factories you find a nuclear plant
– The smoke turn into the continent Africa
– God is laying down in the cloud and wears a gasmask
– The clock is flying by and is at 5:12
– God creates Eva and she saves the world (exthingquish the fire of the gulf of mexico) with the tap.
– Due to the water from the tap a Tjunami starts
– The Tjunami runs through the hourglass (shape) between nature and industry
– The Tjunami takes a SUV, a barrel of nuclear waste, a pelican, a tyre, a bottle and tv
– The African boy takes with a bucket the polluted water to poison / kill his family, neighbours, children, etc

Ando Hiroshige
As some people recognise I I copropriate Ando Hiroshige Navaro Rapids into The Creation like Van Gogh and many other artist did in their work.