At nov 3 2010, I squatted an abandoned garden at Van Loon Street in Queens, NYC. In the days after I turned it into the Van Loon Secret Art Garden and it is now open for everybody.

Central Park – Lungs of the city
In the late 1850s, New York City needed a place to escape from its own urban crush. In 1858, Frederick Law Olmsted and Calvert Vaux won a design competition to improve and expand the Central Park with a plan they entitled the Greensward Plan. The Central Park are nowadays New York´s ´Lungs of the city´. A project like Central Park for example to slow down the heating up of New York would prove far more difficult now a days, if not impossible.

Crowd Park Queens
That´s why we need something like a Crowd park. A park of million mini gardens spread all over the city at balcony’s, windows, pavements, gardens, roof’s and walls with flowers, heath and tree’s were animals like bee’s, butterflies, birds, etc can find their way to bring prosperity. 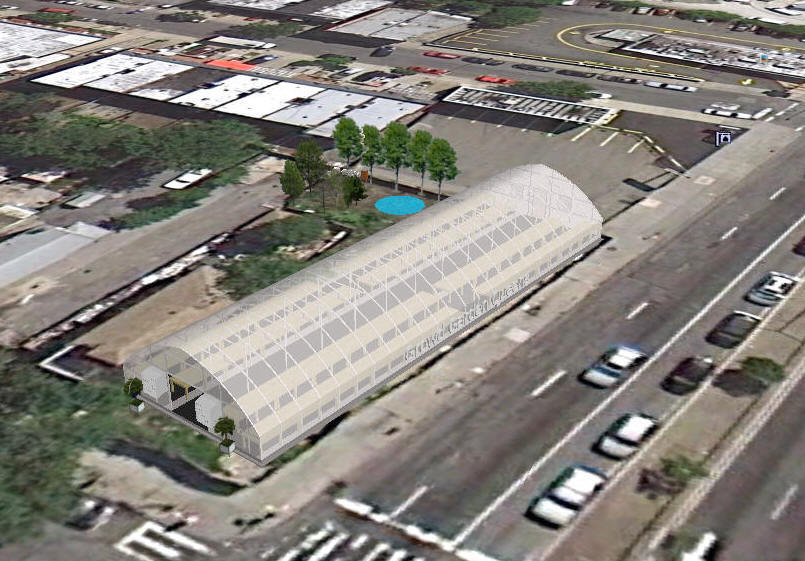 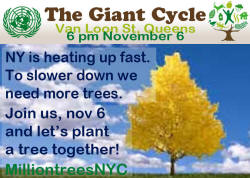 At Nov 6 2010, I invited the neighbourhood to come to the opening of the artproject The Giant Cycle. New York City is heating up fast. Therefore we need more trees in New York. This is not only important for the 7 million people living in NYC but also for the trillion plants and animals.