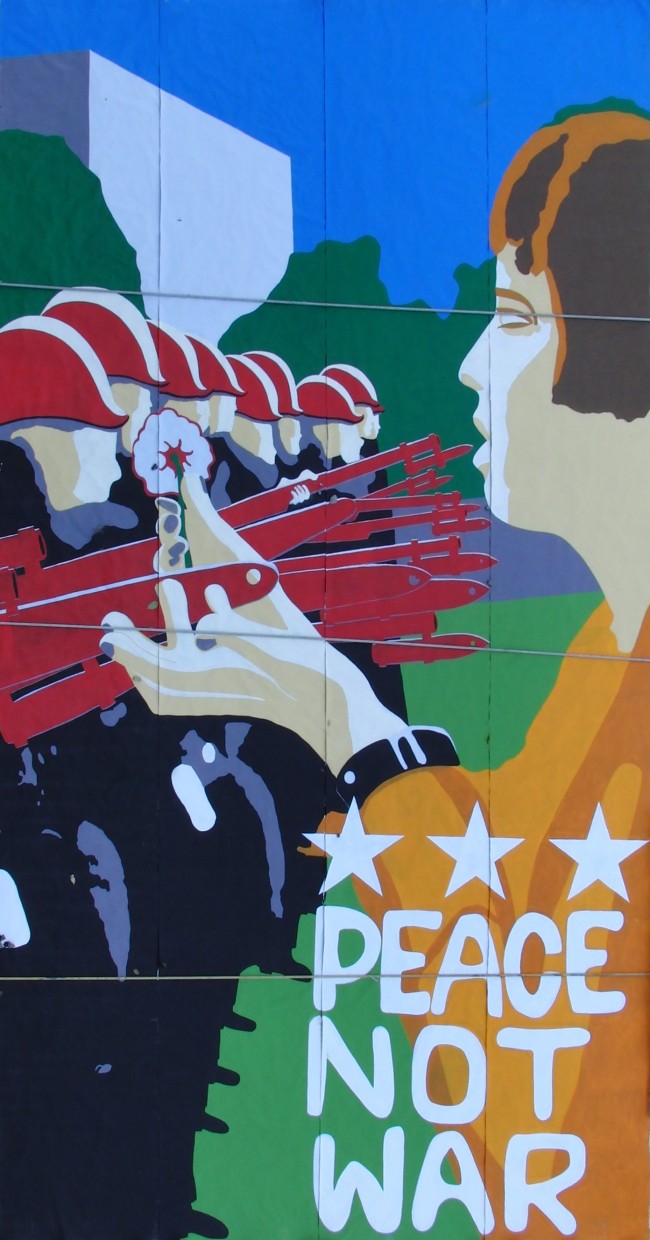 The War is about PEACE and inspired by the photo “La Jeune Fille a la Fleur”. This photo from Marc Riboud, shows the young pacifist Jane Rose Kasmir planting a flower on the bayonets of guards at the Pentagon during a protest against the Vietnam War on October 21, 1967. The photograph would eventually become the symbol of the flower power / peace movement. The characters are from the 1969 Woodstock Pop Festival posters .