(This is a clickable artist impression) 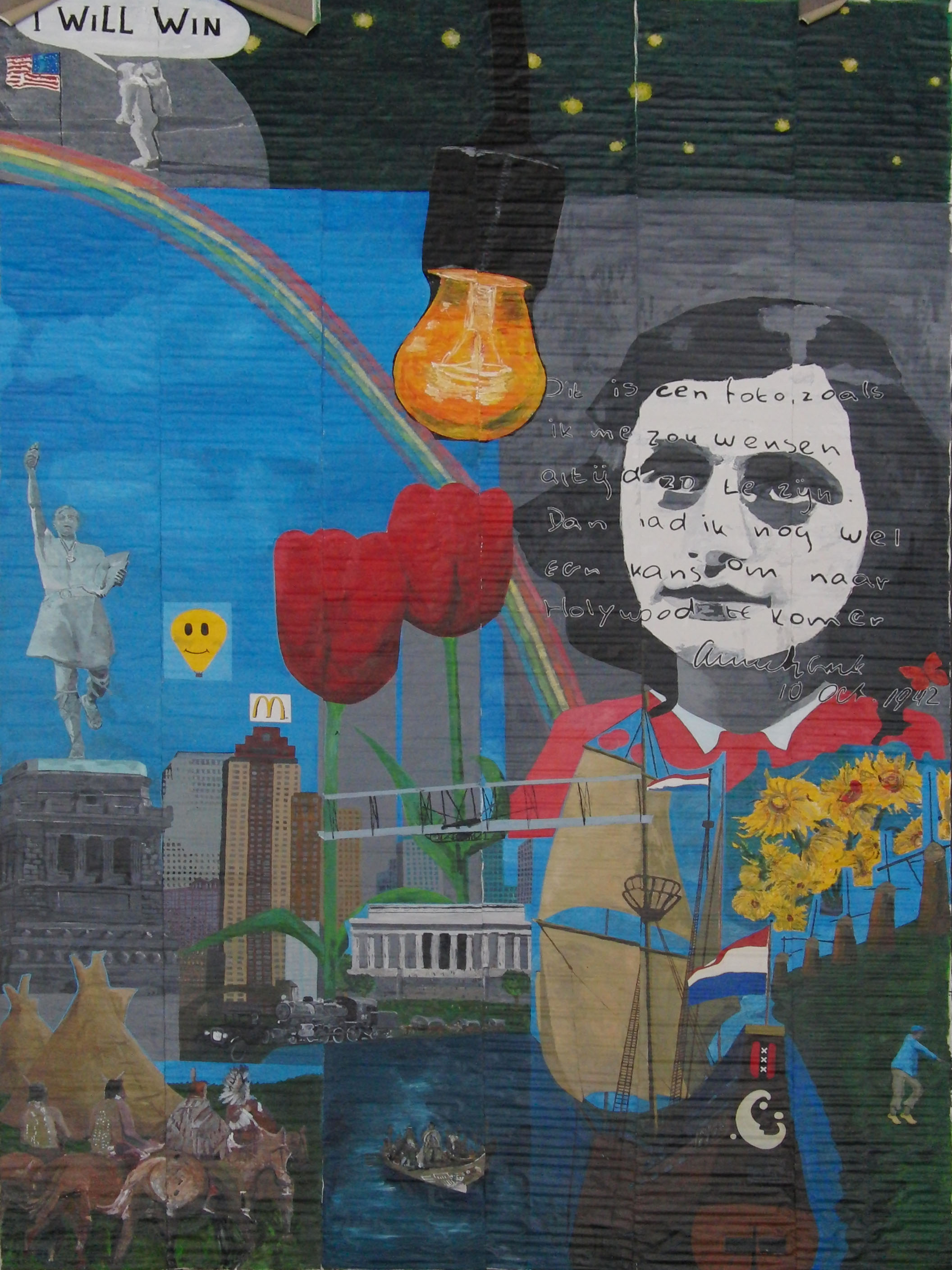 I Will Win – The History draws attention to the 400 years friendship between the Netherlands and New York. In the following video made by Rik Messemakers in my Stadswonen studio in Rotterdam you can see I Will Win (1) till I Will Win – The Runner.

In this selfportrait you can find among others (clockwise)– Vincent Van Gogh’s night with stars and sunflowers– Anne Frank with a fragment of her diary: “This is a photo as I would wish myself to look all the time. Then I would maybe have a chance to come to Hollywood.”– Kinderdijk Windmills– Hans Brinker, the hero of Mary Mapes Dodge novel, Hans Brinker or the silver skates first published in 1865, is about a Dutch boy who saves the Netherlands by putting his finger in a leaking dike.– The Dutch ship the Half Moon which discovered Manhattten.– Native Americans on two ship and five horses are welcoming the Dutch ship Half Moon– the Statue of Liberty (I Will Win 3 – The Statue)– Neil Armstrong walking at the moon– Edisons invention of electric light– Wrights first flight,– Two red tulips covering the WTC– The Lincoln Monument – Settlers changing into an train which changes into a t-ford